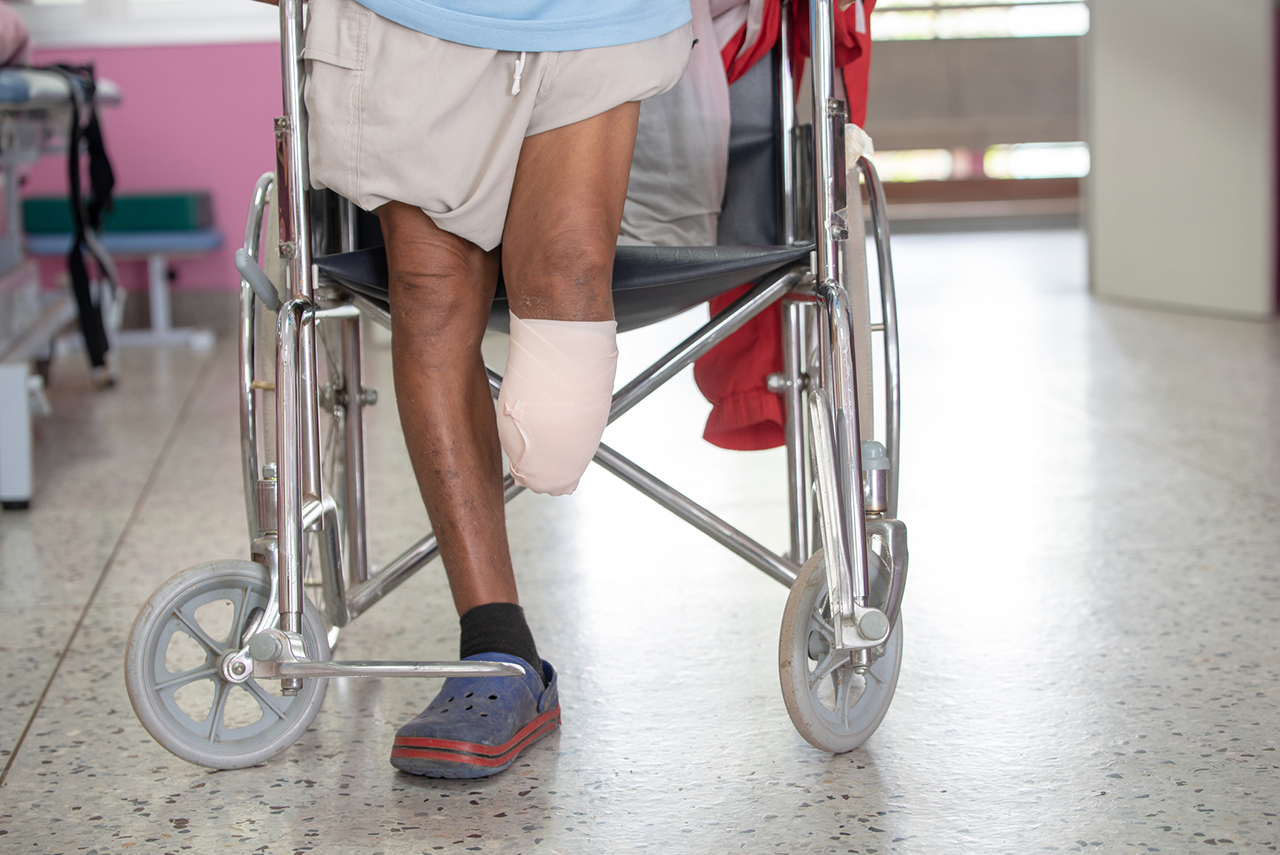 Most historic journals document that the first African captives were brought to the colony of Virginia about 400 years ago. While this was a turning point for slavery in the history of America, it certainly wasn’t the beginning – the enslavement of Africans had begun as early as the 1500s. But even with the abolishment of slavery in the United States in 1865, its ramifications persist, particularly in the healthcare system.

Punitive limb amputation was probably the earliest form of amputation in America and other western societies. This barbaric practice was based on the strong belief that crime and resistance by the slaves could be curbed by spreading fear. While this form of punishment was quickly abandoned in modern western societies, amputation would soon be witnessed again during the civil war.

During the Civil War, many soldiers lost their limbs to amputation. Though the exact number is not recorded, amputations accounted for more than half the number of operations during the Civil War. Limb amputation resulted in a death rate of about 28% - making it more preferred than treating the wound.

Many soldiers who fought the civil war suffered wounds from Minie balls – the typical bullet at the time. This conical bullet with hollowed grooves caused considerable damage as it could splinter bones, damage muscle, and drive dirt and debris into the wounds, causing infections.

Racial Segregation and its Effects on Healthcare

Shortly after the Civil War and abolishment of slavery, Black and African Americans would start to witness marginalization through enforced segregation and limited access to healthcare, housing, transportation, and education. The naked segregation during the Jim Crow days meant that many clinics, hospitals, and doctor’s offices were segregated by race. Many other healthcare facilities maintained separate staff or wings that could never interact under the threat of law.

There was also a stark deficit of trained black medical professionals, largely due to education segregation. Regardless of where Black and African American people sought healthcare services, they would receive lower-grade medical care compared to whites.

While African American people died as a result of the denial of emergency healthcare services, most of the damage witnessed today is a culmination of the cumulative health disparities establishment at the time. The descendants of enslaved Black and African American people were made to live unhealthy lives in areas of concentrated poverty, which were degraded and disease-ridden environments.

Several studies have shown that Black race and socioeconomic status are predictive of lower limb amputations in patients with PAD and other risk factors. The Southern States, which held the largest population of enslaved people in the United States, often register the highest average of lower limb amputations for peripheral artery disease per year.

In most states dominated by Black and African American people, most residents suffer diseases that are considered risk factors for lower limb amputation merely due to the lifestyle they adopt. These states are infested with fast-food chains, and the scarcity of grocery stores may well explain the prevalence of lifestyle diseases such as diabetes and cardiovascular disease.

Some studies have also shown that poverty can double up the probabilities of developing diabetes, and may also dictate the chances of lower limb amputation. One study that mapped diabetic amputations across California showed that the lowest-income neighborhoods recorded amputation rates 10 times as much as those in the richest neighborhoods.

Residential segregation has previously been linked to higher mortality of Black people and specific health conditions, including cardiovascular disease. It is believed that residential segregation has an indirect effect on the health of Black and African American populations through environmental and individual factors such as health behaviors, poor housing conditions, stress, and lack of information.

Racially concentrated neighborhoods may also face limited access to high-quality healthcare providers, which results in poor health outcomes in patients. There may also exist social pressures within such residential neighborhoods that may deter the use of healthcare services that are deemed unacceptable by neighborhood norms.

Segregation and Disparities in Healthcare Utilization and Outcomes

Historically, Black and African American people have been considered second-class citizens. White people took precedence over other racial groups, which is evident in healthcare utilization and outcomes. For instance, several studies have shown that white patients with cardiovascular diseases are afforded physician referrals and admission privileges compared to Black patients.